Did you know that Scrabble was invented by Queens resident, Alfred Butts? The former architect lived near 35th Avenue and 81st Street, Jackson Heights! This scrabble-style street sign mysteriously appeared in 1995, then disappeared in 2008. Some say it moved to a corner with a triple word score. A few years later, in 2011, at the behest of proud residents, the sign, was officially reinstated. So now you know – Scrabble was invented right HERE IN QUEENS! 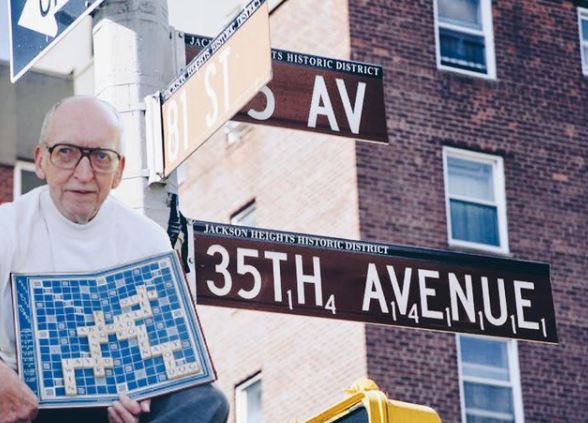